Paradise Park Fun Lifestyle Hotel Tenerife: Tenerife is a haven for Winter Sun holidays especially for UK holidaymakers who, once the clocks go back, can look forward to night time drawing in earlier and earlier as Winter beckons.

With a year round sunny climate the Canary Islands, and Tenerife in particular, offer pretty much guaranteed sunshine and warm weather throughout the coldest parts of our Winter here.

Hotel Paradise Park is located in the Los Cristianos area of Tenerife, near but not too close to the lively Playa De Las Americas resort in the South of the island of Tenerife, the largest island in the Canary Islands.

It’s an ideal area for families and couples who want to enjoy Tenerife but not the madness of Las Americas.

There’s a lot of British residents in the area who have moved over to this area of Tenerife, many of them as far as I could tell may have retired there.

So it’s a safe place to bring your kids and there’s no loud banging music from nearby clubs as they all seem to be situated nearer to Playa de Las Americas!

The area around the hotel is pleasant, with local amenities such as a supermarket plus numerous restaurants and bars. 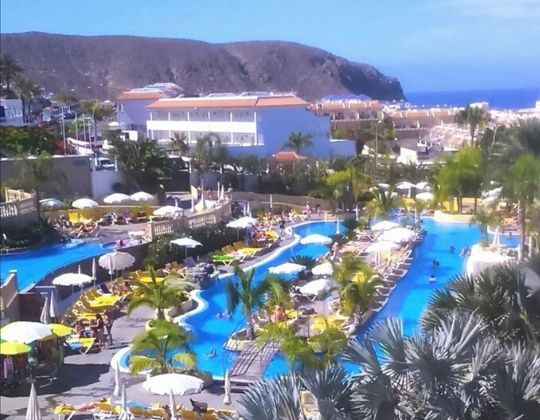 The beach is a 10-15min walk away depending on how quick you walk and is just straight down the main road.

Along which are situated bars and restaurants (karaoke, comedians and cabaret shows seem to be a favourite here).

Once at the beach you can walk along the promenade to the harbour of Los Cristianos which has shops, restaurants, fast food outlets and bars.

The beach is quite popular and large here, although it’s grey/black sand as opposed to white which is the norm for Tenerife due to its volcanic origins.

Paradise Park itself is sold as a four star hotel and has undergone refurbishment to many of its rooms.

This is emphasised in the branding of the hotel as ‘The Paradise Park Fun Lifestyle Hotel’. 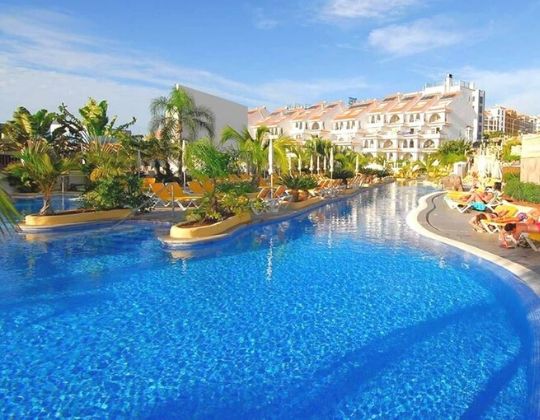 There are plenty of facilities for both adults and children, with various pools and child friendly one.

The gardens of the hotel are nicely landscaped and the reception area is quite impressive.

Journeys inside the hotel to the bars/ restaurants and  rooms is by see through glass lift (or stairs) and there are 8 floors in total if you count the rooftop pool/bar, with reception on the 2nd floor.

Board Options at Paradise Park Tenerife

Board basis options for this hotel are B&B, Half Board, Full Board or All Inclusive.

All Inclusive which serves breakfast, lunch and dinner plus snacks and includes local wine and beer until 11pm. (Times may vary on selected dates)

The entertainment from the hotel has something for everyone including magic shows, comedy, dancing and signing.

If you’re planning to stay here as a family the entertainment will keep the children amused.

Overall, the hotel is a good choice for a week or two away in the sunshine, with good pool facilities and a beach nearby.

Ideal for families or couples looking for a relatively quiet week off.

The hotel’s All Inclusive option offers the opportunity to keep to a budget on holiday with all the facilities you need at the hotel. 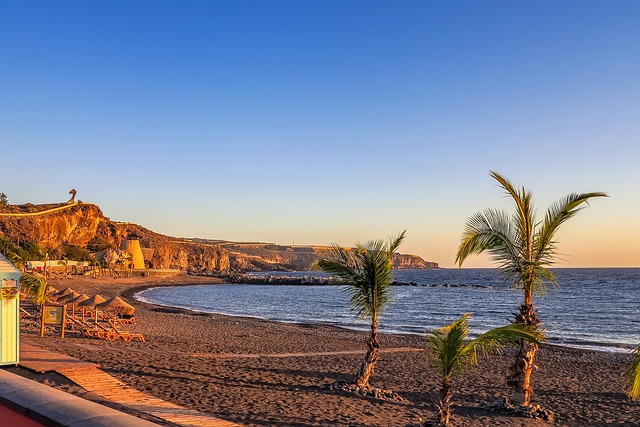 Nearby Attractions to Paradise Park Tenerife

You can venture out to the beach and also to the fantastic Siam Park water park (highly recommended) but if all you want to do is relax for a week and be kept entertained then this hotel more than fits the bill.

If you do venture out Siam Park is well worth a visit it’s a fantastic water park located about 20 mins from Los Cristianos.

Booking the Paradise Park in Tenerife

Call us today and we can see what great deals we have, we also have many low deposit booking options available for our package holidays to Tenerife.

Visit our bookings page for opening times and you can request a call back at a time that suits you best. 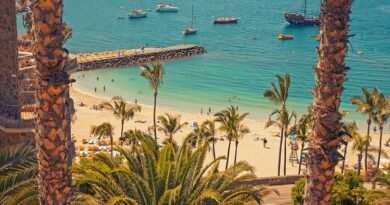 Looking For a Hotel in Gran Canaria? 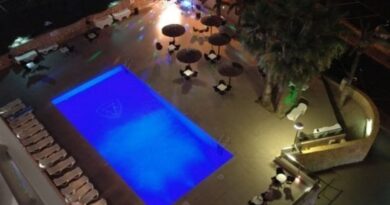 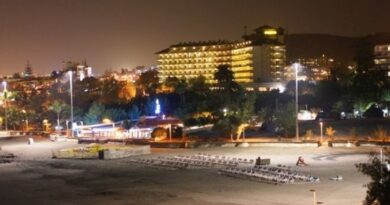